Hollywood and the Americanization of British Audiences

In this new book, Dr Glancy explores the impact and influence that Hollywood films have had in Britain, and the extent to which their American qualities have been regarded as appealing or alienating. 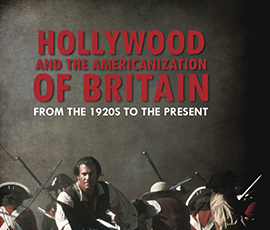 For over 100 years, Hollywood has provided the majority of films shown on British screens. Hollywood films have been so numerous, and so popular, that for most Britons they are not regarded as foreign films but as normal and everyday viewing.

Through his investigation of the reception of films ranging from Gone with the Wind to Grease, he considers the tastes and preferences of British audiences from the silent era to the present day.

Hollywood and the Americanization of Britain, written by Dr Mark Glancy from the School of History is the first book to take a wide-ranging view of this phenomenon.

In this podcast Dr Glancy talks to Sam Philpott about the themes of the book.