Queen Mary debate asks ‘Can we be good Europeans but still want to leave the EU?’

One of the country’s leading Eurosceptics and the UK’s foremost expert on its relationship with the EU will come together to ask whether you can be a good European, but still want to leave the EU, in a public debate at Queen Mary, University of London on Thursday 7 February. 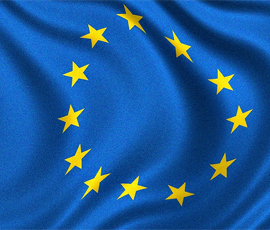 The debate features Conservative MP Douglas Carswell, a long-term campaigner for the idea that Britain would be ‘better off out’ of the EU, and Sir Stephen Wall, a former diplomat, head of the European Secretariat of the Cabinet Office and author of The Official History of Britain and the European Community. It is free to enter, open to the public and will be followed by a drinks reception.

The event will launch the Centre for European Research (CER) at Queen Mary – a new study centre aiming to promote excellence in teaching and learning on matters related to Europe.

The CER will provide a platform for engaging research students with an interest on Europe from different disciplinary backgrounds. The Centre’s members will combine research seminars, lectures, conferences and visiting speakers with the development of close relationships between the academic community and policy officials, NGOs and business leaders.

Based in the School of Politics and International Relations at Queen Mary, the CER brings together:

To reserve a place at the Centre for European Research launch event, visit http://www.eventbrite.com/event/5056516176#