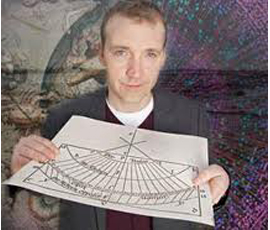 Jerry Brotton, Professor of Renaissance Studies, in the School of English we explore Northern Ireland's vivid origins, tracing the arrival and impact of Scots and English migrants in the sixteenth and seventeenth centuries, through a unique collection of extraordinary maps.

This programme follows on from Professor Brotton’s recent acclaimed book, A History of the World in Twelve Maps, which has now sold over 20,000 copies, and a recent successful Leverhulme funding application on the history of maps.

Professor Brotton who also starred in a three-part series about extraordinary stories behind maps on BBC Four, is currently writing a book on Shakespeare and Islam and researching the history of discovery in the early modern period.