Speaking multiple languages looks great on your CV, but researchers at Queen Mary, University of London have found that immigrant families in the capital struggle to retain their minority languages, partly as a result of negative perceptions of raising children to speak anything other than English. 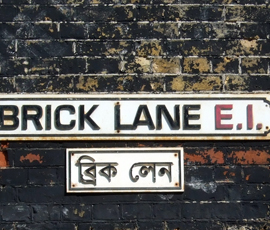 Now Dr Esther de Leeuw and Dr Devyani Sharma, at Queen Mary’s Department of Linguistics,  will launch a new initiative Multilingual Capital: A Resource for London Communities on 18 March to support communities who have been affected by multilingualism and to share relevant research.

Recent data has revealed that London is increasingly a city of polyglots, where some households use three or more languages and over 20 percent of Londoners – about 1.7 million – use a main language other than English.

Dr Sharma notes: “Children born to immigrant families could have an advantage as Britain looks increasingly to Asia and Eastern Europe for business partnerships.” Nevertheless, research shows that minority communities tend to lose their mother tongue language over time.

Dr de Leeuw says: "We want to engage with all groups impacted by multilingualism including parents, children, support services and schools. One of our main aims is to make this issue in East London and the wider city more visible and to identify challenges and solutions across these communities. We also want to share state-of-the-art research on multilingualism with communities and collaborate in documenting the rich diversity of language situations in London."

To get involved with Multilingual Capital: A Resource for London Communities please email  Dr de Leeuw at e.deleeuw@qmul.ac.uk