Former minister for schools and transport The Rt Hon. the Lord Adonis has been appointed as Visiting Professor to Queen Mary University of London. 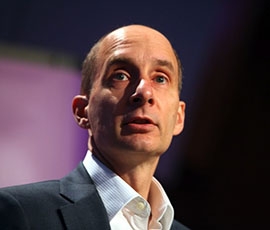 The post will be held jointly between the Mile End Group (MEG) and Queen Mary’s School of Politics and International Relations.

Lord Adonis worked as a journalist for the Financial Times and the Observer, before joining Tony Blair’s Number 10 policy staff in 1998 as education adviser, later becoming Head of the Policy Unit.

Lord Adonis was also instrumental in the post-election negotiations between Labour and the Liberal Democrats in 2010. His book on the topic, ‘5 Days in May: The Coalition and Beyond’, was the subject of a ‘MEG Books’ event in the summer.

Dr Jon Davis director of MEG described Lord Adonis as "a giant of the contemporary political scene". "He will share his laser-like insight and incomparable drive with QM’s undergraduate and postgraduate students. We are honoured to welcome him to Queen Mary.”