Identity Politics in Your Wallet

The Bank of England has come under storm for featuring too few women on its banknotes. Why not abandon the Great Britons approach altogether, argues Dr Helen McCarthy, lecturer in history. 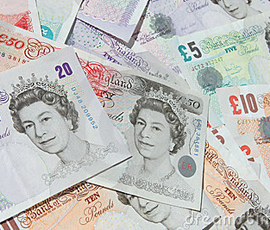 In April of this year, Mervyn King, the out-going Governor of the Bank of England, revealed his choice of successor for prison reformer Elizabeth Fry on the back of the £5 note. He could have had little inkling of the barrage of criticism shortly to come his way. Removing Fry in favour of wartime Prime Minister Winston Churchill, feminists were quick to point out, would leave Britons with no female faces – other than the Queen – on their banknotes. A petition was quickly launched via Twitter to press King to reverse his decision and a legal challenge under the Equality Act 2010 prepared.

In the latest twist of events, however, King hinted on 25 June 2013 that Jane Austen is next in line for the £10 note, currently the home of Charles Darwin. So now the debate turns to whether Austen deserves her place ahead of other women worthies, from early feminist Mary Wollstonecraft to Nobel prize-winning scientist Dorothy Hodgkin, amongst many other possible candidates.

The truth is that when banknotes began featuring historical figures back in the 1970s they became a form of public history. Like statues, buildings or draft school history curricula, banknotes have become a site of identity politics. Which individual features on the £5, £10, £20 or £50 note is important because it signals a deeper message about who belongs to our national story and whose contribution should receive the highest form of public recognition. Choosing Charles Dickens, Florence Nightingale or Winston Churchill to grace our official currency constructs as much as reflects those individuals’ identities as a national treasures from our shared past.

What the current debate reveals most starkly is just how undemocratic the process for bestowing this honour is in its present form. It lies in the gift of the governor, who might or might not take into account suggestions submitted by members of the public. But one could ask why the decision isn’t wholly turned over to those of us who use banknotes every day, through the medium of a poll or ballot, rather like the ‘Great Britons’ exercise launched by the BBC in 2002 in which viewers voted for their favourites.

The potential objection to such a system is that it is unlikely to diversify the list very much; Churchill came second in the BBC’s poll, whilst only two women made it into the top ten (although neither of them, as it happened, Jane Austen). So here’s a radical suggestion. If we want the individuals featured on our banknotes to be truly representative of those who have made our collective history, then why not ditch the ‘Great Britons’ approach altogether and pick from our lesser celebrated ancestors: the peasant farmer, the domestic servant, the handloom weaver, the street-sweeper, the charwoman, the ordinary ‘Tommie’ on the Western Front.

The incoming Governor, Mark Carney, might have more pressing matters in his inbox, but surely this is a suggestion worth considering?