Professor Gareth Stedman Jones of the School of History, Queen Mary, University of London, has been elected to the Fellowship of the British Academy. 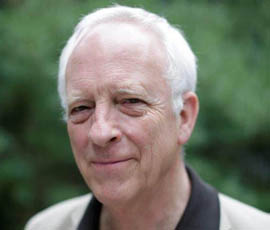 The historian joined Queen Mary in September 2010 and commenting on his accolade said: "I’m, of course, delighted to have been elected fellow of the British Academy. I would like to think that this reflects recognition of my attempts to address larger historical questions through the combination of many different approaches.

“Whether in my early work Outcast London or in my studies of nineteenth-century political thought, I have always tried to bring together social and economic history with the history of ideas. Queen Mary - its scholars and its students - offers a uniquely suitable home for such intellectual work.”

Professor Stedman Jones is currently writing a biography of Karl Marx, commissioned by Penguin and is also engaged in research projects on aspects of political thought between the French Revolution and the Revolutions of 1848.

Professor Stedman Jones’ other publications include the book Outcast London, Languages of Class Studies in English Working Class History, 1832-1982, An End to Poverty? He has also edited  Karl Marx and Friedrich Engels, The Communist Manifesto; and with Ira Katznelson, Religion and the Political Imagination; as well as The Cambridge History of Nineteenth-Century Political Thought, co-edited with Gregory Claeys.