Last week (1 March 2013) it was reported that Internet piracy had been handed a blow after three file sharing sites were facing the chop under a quick fire order from the High Court. 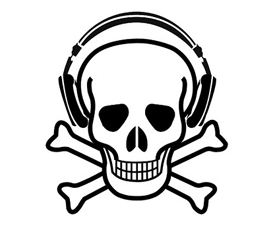 KAT, H33T and Fenopy will be blocked by six Internet Service Providers (ISP) under the new ruling which means that Sky, BT, EE, Talk Talk, Virgin and O2 must cut off access to these sites or face a contempt of court action.

The decision to block these sites is in contrast to the six months it took to take action against The Pirate Bay last year. The action was brought by an alliance of record companies and other bodies representing gaming, film and book publishing. Their action was unopposed by the six ISPs.

Julie Hőrnle is a qualified solicitor and an expert in Internet law and cyber space law at Queen Mary. She said: “These orders follow in the steps of other blocking orders, which have been issued in respect of the Newzbin service and the Pirate Bay in the past few years. However the more interesting question is whether these blocks are effective. A search on Google for "Pirate Bay blocked" will immediately result in instructions on how to circumvent the block, even for the technologically unsophisticated user.

“A further danger is that blocks which are used by the major Internet access providers undermine the blocking system established by the Internet Watch Foundation in order to block child sex abuse content, as it will give higher profile to these circumvention techniques.

“The money spent on obtaining these orders would be better spent on other initiatives. Blocking is not the solution for the copyright challenges posed by the Internet. It is time for a public discussion on this issue.”