Obsessively playing Angry Birds on your phone or watching cult films on loop is 'barmy' behaviour that can actually lead to a happy life according to British psychoanalyst Donald Winnicott whose work is the subject of a new book edited by a film studies expert at Queen Mary, University of London. 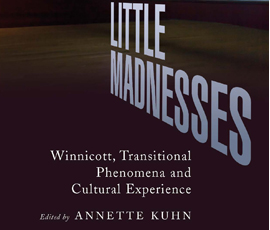 Professor Annette Kuhn, a film studies specialist at Queen Mary, explains in Little Madnesses that Winnicott, who died in 1971, believed that being a little mad was essential to living a happy and fulfilled life. 'We are poor indeed if we are only sane', said Winnicott: 'a modicum of madness is a requisite of sanity.'

In Little Madnesses, writers, artists, and researchers in a range of fields and disciplines consider why it is that we can get so passionately caught up in and absorbed by a favourite painting, play, film, piece of music or computer game.

She explained: "Using Winnicott's theory we can try and understand why, for example so many people see cult films again and again, avidly follow their 'own' soap operas, become totally absorbed in a video game, or repeatedly travel miles to see their favourite band in concert.

“Winnicott suggested in his writings that at the root of living a life that is fully satisfying is an ability to connect with something that comes from within, from the 'inner world', and that cultural experience is something that is available not just to artists and cultural elites but to to every single one of us.."

Little Madnesses is published by I B Tauris and is being launched at a symposium at Chandler House, London on 1 March 2013.