With a growing number of terrorist attacks being committed by ‘home-grown’ radicals, researchers at Queen Mary, University of London are proposing a totally new approach to preventing terrorism. 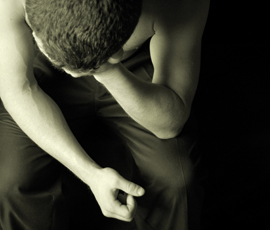 Researchers say the current approach, via the criminal justice system, has failed to prevent terrorism and may have even increased membership of terrorist groups by alienating those most vulnerable to radicalisation.

After examining the evidence the researchers propose a drastic re-think and suggest that public health measures could hold the key to preventing radicalisation.

The study suggests that current counter-terrorism initiatives by the British Government have stigmatised and alienated Muslim groups in the UK by treating them as ‘under suspicion’. This has actually hampered the prevention of terrorism by distancing radicals from main stream society and pushing them towards extremist groups. The research also shows that there is very little evidence that ‘profiling’ works.

The research is published today (Tuesday) in BioMed Central’s open access journal BMC Medicine by Kam Bhui, Professor of Cultural Psychiatry and Epidemiology at Barts and The London Medical School, Queen Mary, University of London and co-researchers from King’s College London. It looks at all the available evidence and draws a number of surprising conclusions.

It reports that violent radicalisation is more common in people who are young, educated, and isolated or marginalised. In fact those who committed acts of terrorism tended to kill more people if they were highly educated. Therefore the researchers suggest that education in schools and universities is an excellent way to intervene.

The study also suggests that young people are particularly vulnerable to radicalisation when they are going through times of great change such migration, changing schools, going to university or just going through adolescence. At such times, extremist groups can offer a feeling of belonging.

The researchers suggest that instead, such young people could be helped to integrate and to engage positively with the political process.

Finally the research concludes that including the current surveillance system could be greatly improved simply by including data about factors which either increase the likelihood of radicalisation or offer a protective effect.

Professor Bhui explains: “These home-grown terrorists are thankfully rare so trying to identify them individually is like looking for a needle in a haystack. And in doing so, lots of innocent people have been marginalised.

“On the other hand, using a public health approach we can work with a large group of people to make radicalisation less likely while also improving inclusion and health in general.”

The paper explains that a public health approach would mean looking at the whole population, trying to understand how people are radicalised, and using this information to aim prevention strategies at large groups of people.

This approach has been successfully used for improving health, for example by encouraging people to quit smoking or by preventing knife crime injuries. It is also a more holistic approach which addresses education, inequality, housing, family, community relations, etc.

“This approach doesn’t condone terrorism but it does aim to understand how people become radicalised and provides new tactics for preventing terrorists attacks,” explains Professor Bhui.

Professor Bhui and his colleagues are continuing with this research and are now studying how and why people develop sympathies towards extremist groups.