Treatment for cervical disease does not appear to increase the risk of subsequently giving birth prematurely, according to a study of over 44,000 women in England. The study, published online in the British Medical Journal, is the largest in the UK to investigate this and contradicts previous research suggesting treatment could be linked to an increased risk. 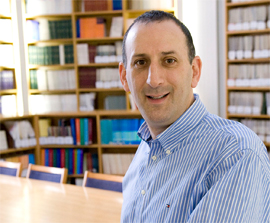 Professor Peter Sasieni, professor of cancer epidemiology and biostatistics at the Wolfson Institute of Preventive Medicine, Barts and The London School of Medicine and Dentistry, part of Queen Mary, University of London, led the study. “This finding is significant because approximately 40,000 women (most of whom are of child-bearing age) receive such treatment each year, and scientific literature had previously suggested that if any of these women became pregnant they would have an extra risk of about one in 18 (5.6%) of having a preterm birth,” he said. “Considering all those treated previously who may be planning to have children, there may be half a million women in the UK who can relax now and not worry that they are at increased risk of a preterm birth.”

Women in England are invited to have cervical screening every three to five years between the ages of 25 and 64. Screening aims to detect abnormal changes in the cervix that could be precursors to the development of cervical cancer. If the screening test is positive, the woman is invited back for further investigations that could involve colposcopy (in which a colposcope is used to give a magnified view of the cervix) and a biopsy (in which a small sample of tissue is taken). Treatment for moderate or severe changes (cervical intraepithelial neoplasia (CIN) 2, or 3) removes the abnormal area of tissue. This can be done in a number of ways; the most widely used in England is large loop excision of the transformation zone (LLETZ), which involves using a small tool and electric current to cut out the affected cervical tissue.

However, previous studies have raised fears that treatment, including LLETZ, may leave the woman at increased risk of giving birth to preterm babies (born before 37 weeks). This study found that, in England, there is no such increased risk.

Professor Sasieni and his colleagues from the Pre-term delivery after Cervical Treatment (PaCT) study group linked records for 44,210 women in England who had had cervical tissue samples taken, with hospital obstetric records to identify 18,441 babies (excluding twins and triplets) born to these women. They studied the proportion of preterm births, both before and after colposcopy; they also compared women who had been treated by LLETZ with those who had only had a diagnostic biopsy. In addition, they compared preterm delivery rates with rates for the whole of England.

After adjusting the results to account for the type of treatment and whether it had occurred before or after the birth, the researchers found that there was no increased risk associated with treatment. The researchers concluded that the increased risk of preterm birth in women who have been treated for cervical disease was due to common factors that increased the risk of both cervical disease and preterm delivery, and not to the treatment itself.

“Women should have more confidence in going for cervical screening and accepting the treatment offered to them,” said Professor Sasieni. “Large loop excision of the transformation zone should still be seen as the treatment of choice. It would be premature to start using other treatments such as cryotherapy that may be less effective in treating cervical disease, in the hope that it would result in fewer preterm births.”

Colposcopy and treatment of cervical intraepithelial neoplasia in England is quality assured by the National Health Service cervical screening programme and self-regulated by the British Society for Colposcopy and Cervical Pathology, of which all colposcopists have to be members; and colposcopy clinics in England are audited every three years. For these reasons, the standard of colposcopy in England is likely to be higher and to vary less than in some other countries, and the authors believe this could partly explain the different results from other, non-UK studies.

“There are still issues as to why many studies find a high risk of preterm birth associated with LLETZ, but this study shows that overall, LLETZ, as carried out in England, is safe. The difference may be due to the quality assurance of colposcopy in England. Other countries should consider whether they need to tighten the regulation of colposcopy to ensure that treatment does not cause preterm births. Meanwhile, further research is needed to identify what caused the extra risk in other studies and whether or not extensive treatment and repeated treatment are also safe or whether they increase the risk of preterm delivery.”

Professor Julietta Patnick CBE, Director of the NHS Cancer Screening Programmes, said: "We welcome these positive findings about the safety of treatment procedures for cervical disease in England. They are an encouraging reflection of the high standards of our NHS practitioners and our robust system of quality assurance. However, previous studies have shown that treatments, including colposcopy and LLETZ, are linked to an increased risk of pre-term deliveries, and it is important that we continue this project to provide firm evidence in this important area. Regular attendance at screening remains the top preventative measure against cervical cancer and we would encourage all women to make the decision to attend when invited."