Study offers genetic insight into the ‘disease of kings’

Scientists have shed light on why some people are more susceptible to gout than others, according to a new study published today in Nature Genetics. 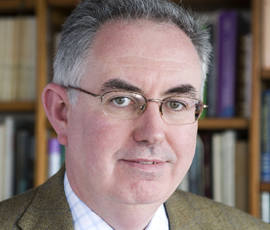 By analysing the genetic data of more than 140,000 people, the researchers, involving scientists from Queen Mary, University of London and the University of Edinburgh, identified 18 new gene regions that affect uric acid levels and increase the likelihood of gout.

Gout is the most common form of inflammatory arthritis and affects at least one in 70 adults in the UK, with approximately 900,000 people suffering at least one attack of gout in their lifetime. The disease is caused by high levels of uric acid in the blood, which leads to the formation of small crystals in joints and tissues, causing pain and swelling.

In the past it was known as “the disease of kings”, as it most commonly afflicted the wealthy – including Henry VIII and Queen Victoria – who could afford a luxurious lifestyle including rich food and alcohol.

Gout arises due to interactions between our genes and lifestyle and is today becoming more common in the developed world, due in part to increasing levels of obesity and an aging population.

Understanding how these common genes variants increase uric acid levels in the blood may lead to improvements in the treatment and prevention of the disease, such as further research into urate-lowering drugs.

Professor Mark Caulfield from the William Harvey Research Institute at Queen Mary, and a lead author of the study said: “Existing therapies to avoid attacks of gout sometimes cause side effects. Our findings identify new potential mechanisms for gout, which offers opportunities for developing new therapies which may improve prevention of this debilitating condition in the future.”

Dr Veronique Vitart, from the Medical Research Council Human Genetics Unit at the University of Edinburgh, and a lead author of the study said: “Abnormal levels of uric acid have been associated with various common diseases and conditions, but causal relationships are not always clear. Gaining insight into the genetic components of uric acid levels offers a very useful tool to tackle these issues and to further our understanding of these conditions.”