Lower prenatal levels of vitamin D may mean that babies born in April and May have an increased risk of developing the neurological condition multiple sclerosis (MS), new research from  Queen Mary, University of London suggests. 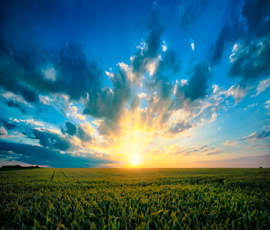 A team led by Dr Sreeram Ramagopalan from the Blizard Institute at Queen Mary, analysed previously published data on nearly 152,000 people with MS in northern hemisphere countries. Their research, published in the Journal of Neurology, Neurosurgery and Psychiatry, provides the most robust evidence to date that a person’s risk of developing MS is influenced by the month they are born in.

Their results showed that individuals born in April had a five per cent increased risk of MS, while those born in October and November had a five to seven per cent reduced risk.

The development of MS is believed to be a result of a complex interaction between genes and environment. One of the environmental factors implicated is vitamin D deficiency. As vitamin D is formed by the skin when it is exposed to sunlight, the ‘month of birth’ effect has been interpreted as evidence of a prenatal role for vitamin D in MS risk.

The evidence suggests that women who are pregnant over the darker, winter months, should think about taking vitamin D supplements to ensure they keep their levels high.

Dr Ramagopalan said: “Given the large body of evidence supporting the importance of vitamin D in MS, maternal vitamin D levels would appear to be the most likely explanation for this ‘month of birth’ effect.

“It is important now for clinical trials to be carried out to see if vitamin D supplements can help prevent MS.”