Researchers from Queen Mary, University of London have discovered that two proteins which are believed to play a key role in controlling the body’s immune response are found in lower levels in T lymphocytes from patients with multiple sclerosis (MS). 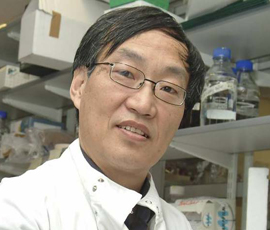 The study found that MS patients’ T lymphocytes – types of white blood cells which play an important role in the immune system –  were defective at producing the proteins and that this was associated with increased levels of molecules which promote inflammation. The findings are reported in the Journal of Immunology¹.

The work follows on from a recent study published in the journalImmunity² in which the lead scientists first identified the two proteins – known as Egr2 and Egr3 – as being important in both protecting against the development of inflammatory autoimmune diseases, like MS and arthritis, and also in preventing chronic virus infections such as HIV and hepatitis.

B and T lymphocytes are essential for defending the body from viruses and eradicating cancer cells. However, their function is regulated to prevent uncontrolled reaction against the body’s own tissues, which can lead to the development of inflammatory autoimmune diseases. In contrast, chronic viral infections are associated with reduced function of these cells.

Professor Ping Wang, from the Blizard Institute at Barts and The London School of Medicine and Dentistry, part of Queen Mary, supervised the research. Professor Wang said: “Using mice models we initially showed how Egr2 and Egr3 molecules play a role in both promoting the immune response to pathogens and also suppressing the inflammatory response to prevent an overreaction.  This was interesting as previously most people had assumed different molecules would be involved in the ramping up and the dampening down of the immune response, not the same ones.

“In this study we have presented evidence that T lymphocytes from MS patients show defective production of these proteins which increases the hope that further understanding what they are doing will lead to new treatment options.”

The researchers looked at certain types of T lymphocytes from blood samples from patients with MS and compared them to healthy individuals. They found that the expression of Egr2 was reduced in T lymphocytes from MS patients and that this was associated with increased levels of IL17, a molecule which promotes inflammation.

The researchers are now working on disease models and further patient samples to understand more about how Egr2 and Egr3 help to control autoimmune diseases and immune defence against virus infection. It is hoped the findings will lead to the development of new therapeutic strategies for the treatment of autoimmune diseases and also the development of vaccines for chronic virus infections such as HIV and hepatitis.

The research was funded by Arthritis Research UK.