Researchers at Queen Mary, University of London have discovered how a key molecule controls the body’s inflammatory responses. The molecule, known as p110delta, fine-tunes inflammation to avoid excessive reactions that can damage the organism. The findings, published in Nature Immunology on 30 September, could be exploited in vaccine development and new cancer therapies. 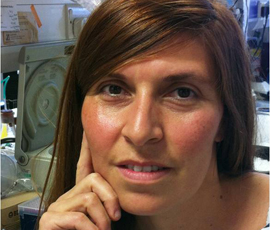 A healthy immune system reacts to danger signals – from microorganisms such as bacteria and viruses, or from the body’s own rogue cells, such as cancer cells. This tightly controlled reaction starts with an inflammatory phase that alerts and activates the body to react against the danger signals. Once the danger has been cleared, it is critical that the body’s inflammatory phase is shut down to avoid overreaction.

Control over the timing of inflammation is essential and is disrupted in a range of diseases: inflammation that is triggered too quickly or not controlled appropriately can lead to a potentially lethal endotoxic (septic) shock or, in a more chronic state, contribute to the development of diseases such as cancer, arthritis, asthma and multiple sclerosis.

A better understanding of the control mechanisms involved in orchestrating the body’s inflammatory response will help in the development of better and more targeted treatments for a variety of diseases.

Professor Bart Vanhaesebroeck, from the Barts Cancer Institute at Queen Mary, University of London, who supervised the research, said: “For years scientists have been puzzled by the way in which p110delta can both fuel and restrain inflammatory reactions in the body. Thanks to the improved understanding that we have achieved through use of genetics and pharmacology, we have now identified one of the specific pathways that p110delta controls.”

Dr Ezra Aksoy, from the Barts Cancer Institute, the first author of the paper, said: “Temporarily interfering with p110delta activity could allow us to modulate the balance between the inflammatory and anti-inflammatory pathways, opening up new therapeutic avenues to be exploited in the fields of vaccination, cancer immunotherapy and chronic inflammatory diseases.”