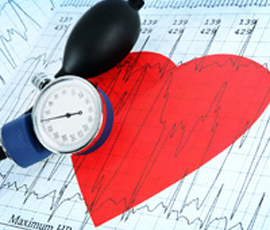 However the trial found it did not improve blood pressure in patients who had high blood pressure which was already under control with treatment at the start of the study, or those with disabilities.

Worldwide about 15 million people suffer a stroke each year. Adequate control of blood pressure reduces the risk of recurrent stroke by up to 40 per cent.

The study is co-authored by Sally Kerry from the Centre for Primary Care and Public Health, at the Blizard Institute, part of Queen Mary. “Overall, home monitoring did not improve blood pressure control in an unselected group of patients with hypertension and a history of stroke. However, it was associated with more changes in antihypertensive treatment during the trial, which suggested more active management in the intervention group,” said Mrs Kerry.

The study involved 381 participants aged 30–94 (mean 72) years from three stroke units in London, who were assigned to home monitoring or to a control group of usual care. Participants in the monitoring group were given a blood pressure monitor, brief training and telephone support from a nurse. The trial, including follow up, was conducted from March 2007 to August 2009. A total of 45 per cent of participants had some disability due to stroke, including many frail, elderly patients. The study included patients with a range of blood pressure levels, rather than a group with poorly controlled levels.

After 12 months, most patients were still monitoring, although patients with disabilities and whose care givers did not live with them had difficulties with monitoring.

“Overall, home monitoring did not improve blood pressure control in patients with hypertension and a history of stroke. It was associated with a fall in systolic pressure in patients who had uncontrolled blood pressure at baseline and those without disability due to stroke,” conclude the authors.

The paper can be viewed here.