Repeated job strain is a risk factor for depression

Overworked employees with little power in the workplace are at an increased risk of developing major depressive disorder (MDD), according to a new study from researchers at Queen Mary, University of London, published today in the American Journal of Public Health. 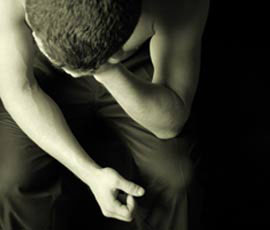 The study used data collected over a 10-year period from 7,732 people who were part of the Whitehall II study – a longitudinal occupational study of British civil servants. Over this period measurements for job strain and work social support were taken three times and depression was measured once. Job strain takes into account work demand and decision latitude – so, for example, an individual with a high work demand but little decision making power would have high job strain.

Researchers found that repeated job strain was associated with increased risk of MDD, with those participants who had been subject to job strain on two or three occasions found to have a twofold risk of MDD (from around three per cent to six per cent). They also found a higher prevalence of MDD in women, younger participants, middle-employment grades, those getting insufficient physical activity and those reporting longstanding illness.

The cost of depression in England, through lost earnings and costs to the NHS, has been estimated at as much as £11bn a year.*

The study was led by Professor Stephen Stansfeld, from the Wolfson Institute of Preventive Medicine, at Queen Mary. Professor Stansfeld said: “Major depressive disorder has a high prevalence among adults and is associated with considerable disability and sickness absence.

“By recognising this association between job strain and depression, and taking preventive measures such as staff training and work reorganisation, firms could reduce the incidence of depression in their employees.”

Around a third of women (31.9 per cent) in the study reported job strain on one of the three occasions it was measured, with 16.5 per cent reporting it at two phases and 14.8 per cent at all three phases. For men the corresponding figures were slightly lower at 29.2 per cent, 14.9 per cent and 9.8 per cent.

Repeated exposure to low social support at work was modestly associated with increased risk of MDD but this was not significant once the researchers adjusted for measures of general health.