Results of a randomised trial carried out by academics at Queen Mary, University of London and published in the journal PLoS One [1] show that a four-component Polypill given to people aged 50 and over to reduce their risk of heart attack and stroke, the most common causes of death worldwide, achieved large reductions in blood cholesterol and blood pressure, the main causes of these two diseases. 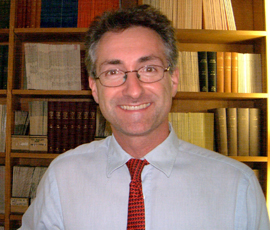 The research was conducted at the Wolfson Institute of Preventive Medicine at Barts and The London School of Medicine & Dentistry, part of Queen Mary, University of London. The results observed in the trials had been accurately predicted in an earlier paper published in the British Medical Journal before any Polypill had been made [2].

“The health implications of our results are large. If people took the Polypill from age 50, an estimated 28 percent would benefit by avoiding or delaying a heart attack or stroke during their lifetime; on average, those who benefit would gain 11 years of life without a heart attack or stroke,” said Dr David Wald, principal investigator of the trial.

The study was a randomised placebo-controlled cross-over trial in which each person took the Polypill for three months and a placebo (dummy pill) for three months, in random sequence. The cross-over design and the high adherence to treatment among the participants meant that the trial produced highly accurate and reliable results with each person acting as his or her own control.

Dr Wald said: “Our trial shows that the predicted effects of the Polypill can be achieved in practice. The expected impact on preventing what is now the world’s leading cause of death is large – about a two-thirds reduction in heart attacks and strokes.”

Professor David Taylor, Professor of Pharmaceutical and Public Health Policy at University College London, and a participant in the trial, said: “The Polypill concept is a major public health advance. This study shows that it works. The Polypill should be made generally available as a matter of urgency. I welcome the opportunity to substantially cut my risk of having a stroke or heart attack without the disempowering fuss and bother usually required to obtain preventive medicines.”

The inventor of the Polypill, Professor Sir Nicholas Wald, Director of the Wolfson Institute of Preventive Medicine at Queen Mary, University of London, said: “We now need public, professional and regulatory support to make the Polypill available without delay; the net benefits are too large to ignore – even if only 50 percent of people aged 50 or more took the Polypill, about 94,000 fatal or non-fatal heart attacks and strokes would be prevented each year in the UK.”

[1] “Randomized Polypill crossover trial in people aged 50 and over” by David Wald, Joan Morris, and Nicholas Wald. Published in PLoS One on Wednesday July 18 at: