Controversial vaccine trial should never have been run in India, researchers say

Research published today in the Journal of the Royal Society of Medicine raises further questions about a trial of HPV vaccines in India. 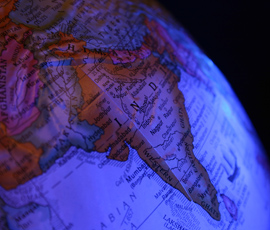 The trial, which has now been halted and is the subject of an investigation by the Indian government, was examining the safety and feasibility of offering a vaccine against the virus associated with cervical cancer.

The new study by researchers at Queen Mary, University of London and the University of Edinburgh suggests that lack of data on cervical cancer in India does not support a trial of the vaccine to prevent the disease.

The trial was run by the international health charity PATH and involved more than 23,000 girls from Gujarat and Andhra Pradesh states. A committee of scientists commissioned by the Indian Government to look into the trial said that the study involved a number of serious ethical violations.

The research by Professor Allyson Pollock and colleagues examined a series of claims made by PATH about cervical cancer in India, among them that ‘in raw numbers, India has the largest burden of cancer of the cervix of any country worldwide'.

They found that cancer surveillance, registration and monitoring in India in general - and specifically in the Gujarat and Andhra Pradesh regions - was incomplete, meaning that it would be impossible to tell whether the vaccine would be successful in preventing the disease.

Allyson Pollock is Professor of Public Health Research and Policy at Barts and The London Medical School, part of Queen Mary, University of London. She explained: “This trial has clearly raised serious concerns for the people and government of India. The aim of our study was to look at whether data on cervical cancer in the country justify the introduction of HPV vaccination.

“We found that current data on cervical cancer incidence do not support PATH’s claim that India has a large burden of cervical cancer or its decision to roll out the vaccine programme.

“The lack of information is important because it means that World Health Organisation criteria for monitoring the effectiveness of the vaccine cannot be fulfilled.

“Neither the epidemiological evidence nor current cancer surveillance systems justify the general roll out of an HPV vaccination programme in India or in the two states where PATH was conducting its research.”

Professor Pollock continued: “It’s important to compare the burden of cervical cancer in India to other major health concerns, such as primary care, malaria, maternal anaemia and malnutrition, and consider best use of financial resources.

“HPV vaccine which is among the most expensive vaccines on the market is not justified as a health care priority for India.”