Chronic heart failure (CHF) patients are less likely to have died a year after discharge if they are involved in a programme of active follow-up once they have returned home than patients given standard care, according to a new Cochrane systematic review published today, co-authored by researchers at Queen Mary, University of London. 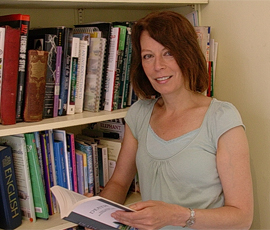 CHF is a serious condition, which is becoming increasingly common as the population ages, and carries high risks of emergency hospitalisation and death. It affects around three to 20 per 1,000 of the general population, with figures rising to 10 per cent of people aged between 80 and 89.

A team of six researchers based in the UK and Australia examined 25 clinical trials involving a total of nearly 6,000 patients. The trials tested different methods of organising the care of CHF patients after they leave hospital. The researchers identified three types of care:

1) case-management interventions, where patients were intensively monitored by telephone calls and home visits, usually by a specialist nurse;

3) multidisciplinary interventions, in which a team of professionals bridged the gap between hospital admission and living back at home.

Patients who received case-management intervention were less likely to die from any cause within a year of discharge than those receiving usual care, although there were no differences at six months after discharge. This group of patients were also less likely to need to go back into hospital in the six months following discharge.

Professor Stephanie Taylor, from the Blizard Institute at Barts and The London School of Medicine and Dentistry, part of Queen Mary, University of London, who was a co-author on the review said: “We weren’t able to identify the optimal components of case-management interventions, but telephone follow-up by a specialist nurse was a very common element..”

Only two studies looked at multidisciplinary follow-up and in these there were fewer deaths from any cause than in groups of patients given usual care. More trials would be needed to confirm this finding. Follow-up in a clinic, however, was assessed in six trials, and here there was no real difference in all-cause mortality and readmission rates compared with people receiving usual care.

Given the number of people who have CHF, Professor Taylor and her colleagues believe there needs to be research that deliberately compares different approaches to follow- up, including the costs and cost-effectiveness of each approach.