Tihanov is new elected member of the Academy of Europe

A comparative literature scholar at Queen Mary, University of London has been elected as a member of The Academy of Europe (Academia Europaea), which promotes learning, education and research. 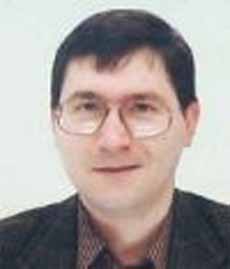 A specialist in literary and cultural theory, his most recent research has focused on exile, cosmopolitanism, and transnationalism.

Of his membership, Professor Tihanov said: "I feel honoured and humbled by this recognition. The credit for it should go to Queen Mary and its School of Languages, Linguistics and Film which has provided an intellectually stimulating but also distinctly collegial environment. Special thanks also to my colleagues in the Department of Comparative Literature for all their support for my work."

Joining the Academia Europaea - a pan-European Academy of Humanities, Letters and Sciences - is a prestigious honour. Membership is held by leading experts from the physical sciences and technology, biological sciences and medicine, mathematics, the letters and humanities, social and cognitive sciences, economics and the law.

Among the learned society's 2300 members are 38 Nobel Laureates, several of whom were elected to the Academia before they received the prize. Quentin Skinner, Barber Beaumont Professor of the Humanities at Queen Mary, is also a member.

Professor Tihanov is currently completing books on the uses of the Romantic tradition in 20th-century European and American culture and on Russian literary and cultural theory between the World Wars.

He was previously Professor of Comparative Literature and Intellectual History and founding co-director of the Research Institute for Cosmopolitan Cultures at the University of Manchester.