Queen Mary, University of London, is pleased to announce the appointment of respected journalists John Rentoul and William Keegan as Visiting Professors. 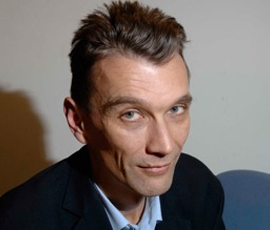 William Keegan will become a Visiting Professor in the School of Economics and Finance, with John Rentoul's post held jointly between the university’s School of History and the Mile End Group - the School's forum for political debate.

John Rentoul is chief political commentator for The Independent on Sunday. Previously chief leader writer for The Independent, John wrote a biography on Tony Blair and is currently writing a book on New Labour with Dr Jon Davis for Oxford University Press. He teaches on the university’s New Labour in Government MA course with Dr Davis, having previously taught The Blair Government course at undergraduate level.

William Keegan, CBE, is the Observer's senior economics commentator, having worked there for more than 30 years. Formerly a journalist for the Financial Times, he also worked in the Economic Intelligence Department at the Bank of England. He has published a number of books, including: Mrs Thatcher's Economic Experiment (1984), Britain Without Oil (1985) and the best-selling examination of the political career of Gordon Brown, The Prudence of Mr Gordon Brown (2003). His most recent publication is "Saving the World"?: Gordon Brown Reconsidered (2012), a fresh look at the later years of Gordon Brown as chancellor and prime minister.

Dr Davis, historian and director of the Mile End Group, said of the appointments: “We are honoured and delighted that Professor Keegan and Professor Rentoul have accepted these positions. Both are regular attendees of the Mile End Group and each has contributed greatly over the past few years to Queen Mary's contemporary political and economic history teaching - that these two journalists occupy different ends of the spectrum when it comes to analysis of the Blair-Brown New Labour years brings piquancy and balance.”

Professor Rentoul said: "I am honoured to be appointed visiting professor at Queen Mary. The Mile End Group is an exciting centre for contemporary history and I am looking forward to the challenge of helping it to innovate further."

Professor Keegan added: "A wonderful university has conferred a great honour on me. You are never too old to become a Professor."