Following on from the publication of the Leveson Report, Labour has today (Monday 10 December) unveiled a draft Bill that would result in the Lord Chief Justice, the top judge in the country, overseeing a new body of self-regulation, which would be underpinned by law. Now Professor Gavin Sutter, Lecturer in Media Law at the Centre for Commercial Law Studies at Queen Mary gives his own personal opinion of the Report. 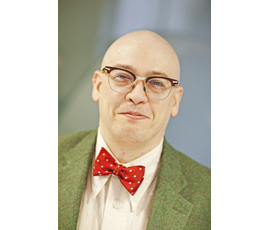 “The Leveson Report addresses significant questions which go to the heart of a free press as a fundamental characteristic of a democratic society. These important questions much be treated more seriously than something to be asked or the answers dismissed or cheered according to what is politically expedient. Leveson’s emphasis on the cultural and democratic value of freedom of the press is to be welcomed, as are some, but not all, of his suggestions for regulation.

From the outset I must make clear that in my opinion the Press Complaints Commission (PCC) has been unfairly scapegoated for their failure to deal with press behaviour, phone-hacking in particular, that involved criminal activity, outside their remit. Existing laws on phone hacking were not properly enforced (in contrast to contempt of court, regarding tabloid articles on Christopher Jeffries, or libel, as in the McCann case). Before any new statutory regulation is passed, what we already have must first be used and found wanting. Leveson’s proposal for a whistleblower’s hotline for press employees should be enacted immediately, an ideal extra-legal mechanism for assisting the enforcement of existing law.

Replacing the PCC with a new body, the membership of which is independent of those currently employed in the press sector, is a necessary step. The image of the PCC, fairly or unfairly, has become tarnished in the public mind, and it must now be replaced in order to maintain credibility. Removing current journalists and editors from the process of code drafting and application is a logical evolution, however this change must be made and promoted responsibly so as not to establish or suggest a new body which is stacked against the press rather than one whose decisions are rooted in objectivity.

Establishing this new body by legislation is to be resisted. In particular, involving OFCOM, a regulator designed and founded to deal with broadcast media, a very different beast, would be a mistake. It is appreciated that there is a need to offer a significantly impressive Damoclesian sword to encourage the press to make the new body work and avoid the Desmond Problem, but opening the door to a regulator which operates on a licensing model leaves the way open for this to be applied to at least some corners of the press. This poses a threat to the freedom of the press, albeit indirectly.

Instead, other accountability measures should be explored, such as Lord Hunt’s proposed system of mutual, contractual liability. Carrot measures should also be employed. For instance, responsible press organs who sign up to and abide by the findings of an extra-legal body could be treated more favourably in the context of damages for unintentional libels or privacy invasions. Leveson is right that a specific tribunal designed to determine civil liability for libel would be welcome, however this needs of course to be introduced as a general libel law issue, not a press-specific matter.

More consideration needs to be given to the position of the press in relation to social media, with Twitter and others increasingly being the place where libel, privacy infringement, and contempt of court arise long before they hit the traditional media.

Leveson’s suggestions are broadly to be welcomed, but should be introduced only as extra-legal initiatives, not regulation.”