A perplexing medical paradox now has an explanation according to research undertaken at Barts and The London School of Medicine and Dentistry and published in the current issue of the Public Library of Science. The paradox is that taking folic acid, a B vitamin, lowers homocysteine in the blood which, epidemiological evidence indicates, should lower the risk of heart attack, but clinical trials of folic acid have not shown the expected benefit. 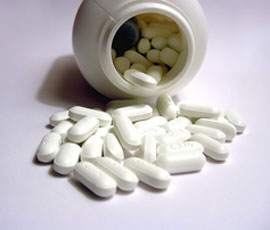 The explanation is surprisingly simple; lowering homocysteine prevents platelets sticking, which stops blood clot, something aspirin also does. So if people in the trials were already taking aspirin there would be no extra benefit in lowering homocysteine with folic acid.  Aspirin was in fact widely used by participants in the trials because they were mainly conducted in patients who had already had a heart attack or other cardiovascular diseases.

Research led by Dr David Wald at the Wolfson Institute of Preventive Medicine at Barts and The London School of Medicine and Dentistry showed that there was a difference in the reduction in heart disease events between the five trials with the lowest aspirin use (60 per cent of the participants took aspirin) and the five trials with the highest use (91 per cent took aspirin). The observed risk reduction was six per cent but it would have been 15 per cent if no one had been taking aspirin.  Research was based on 75 epidemiological studies involving about 50,000 participants and clinical trials involving about 40,000 participants.

“The explanation has important implications,” said Dr David Wald, the lead author of the paper. “The negative clinical trial evidence should not close the door on folic acid – folic acid may still be of benefit in people who have not had a heart attack because they will generally not be taking aspirin".