Tools for predicting diabetes exist but are not used, research shows

New research from Queen Mary, University of London suggests that many cases of diabetes could be prevented by making use of existing prediction tools. 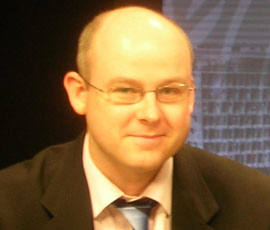 The study, published in the British Medical Journal, shows that there are dozens of different techniques for predicting with reasonable accuracy who will develop diabetes but almost none are currently being used.

The researchers say that if these tools were used by GPs and members of the public, many cases of diabetes could be prevented.

The team led by Dr Douglas Noble reviewed 145 different ‘risk scores’ for type 2 diabetes. While none were 100 per cent accurate, many gave a reasonable prediction of whether someone will develop diabetes over the next decade.

Research suggests that up to half of all cases of diabetes can be prevented by lifestyle measures, such as diet and exercise, or medication.

Dr Noble said: “The big take home message was that despite there being vast numbers of risk prediction models, hardly any of them were in use in clinical practice or by members of the public.  The best ones, of which we identified seven, represent a big opportunity for people to spot whether they are at high risk of developing diabetes and if so to take urgent action to reduce their risk.  Importantly, for most people that means increasing physical exercise and losing weight”

“If we stop people from developing diabetes in the first place we will prevent a great deal of ill health, save money, reduce use of NHS resources and, crucially, save lives.”

Many diabetes risk scores included: increasing age, obesity, high blood pressure, high cholesterol and ethnicity. People with all these risk factors may be at particularly high risk. Some risk scores also included a family history of diabetes, lack of physical exercise and low socio-economic status, since diabetes is more common in deprived populations.

Professor Trisha Greenhalgh, who was also part of the research team, said “This study has confirmed what many doctors already suspected: that risk scores are good at detecting people at high risk of developing diabetes but very few people have actually had their risk estimated. ”

“My father died of the complications of diabetes, which makes me at increased risk of developing it myself. I try to stay thin, keep active and get my blood pressure and cholesterol checked regularly.”

To self-assess your risk of diabetes, use a free online tool such as http://www.qdscore.org/, and see your GP if your risk score is greater than 20 per cent.