GP receptionists play a major and important role in ensuring that patients get the correct treatments when they need them, according to a study published in the British Medical Journal. 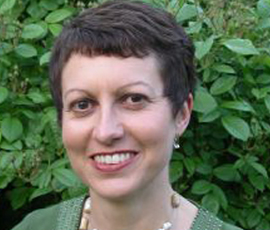 The new study, from researchers at Queen Mary, University of London, flies in the face of popular opinion that receptionists act as a barrier to patients getting the treatment they need.

The research focuses on how GP surgeries administer repeat prescriptions.

Repeat prescriptions account for up to three quarters of all medication prescribed and it is often assumed that the process is simple and automated.

The study showed that receptionists used a great deal of creativity and judgement to decide which prescriptions could be processed by the 'automatic' system and which required input by a doctor. In most cases they were able to resolve complex queries within 48 hours, ensuring that patients received the treatments they needed promptly and efficiently.

Dr Deborah Swinglehurst, Clinical Lecturer at Queen Mary, University of London, led the research. She explained: "It's often assumed by patients, and by some doctors, that processing repeat prescriptions is a safe, automated process driven by a cleverly-programmed computer.

"Our research suggests that in the majority of cases it's far more complicated and staff on the frontline do a lot of unseen and unappreciated work to address that.

"We've also found that staff feel a strong sense of responsibility for ensuring that patients get their prescriptions quickly and safely, which is in contrast with some popular stereotypes of doctors' receptionists."

The receptionists' work, which the study authors describe as "hidden", included a wide variety of methods such as using a list of medicines to match brand names with generic equivalents or telephoning patients to clarify ambiguous requests.

Where patients requested different repeat medications, or at a different dose or timing, from what the computer system suggested they needed, receptionists were adept at prompting doctors to decide what to do, and did so with a range of methods ranging from electronic messages to 'post-it' notes.

Trisha Greenhalgh, Professor of Primary Health Care at Queen Mary, University of London also worked on the study. She said: "Half of patients in the UK receive repeat prescriptions, and some of these are for potentially dangerous medication, so the safety implications are enormous.

"Many of these repeat prescriptions are far from simple and require careful but swift decisions by non-clinical staff.

"This study has revealed how high-quality medical care can depend as much on the common sense and moment-by-moment practical judgements of frontline reception staff as it does on the formal safety features built into computer systems."