New research from Queen Mary, University of London shows that female mammals are better prepared to fight infections and that their bodies suffer less collateral damage when an infection does hit. 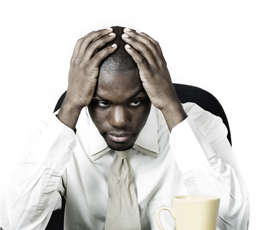 The researchers believe their results give a biological explanation to the widely observed ‘man flu’ phenomenon.

The research, which is published in the journal Blood and funded by the Wellcome Trust, centres on white blood cells, called leukocytes, which patrol the body guarding against viruses and bacteria.

The scientists looked at the number of these cells in healthy male and female mice and rats. In females they found that levels were consistently higher, with twice as many on average than in males.

In addition, they found that these cells differed between males and females in that they were more sensitive to the presence of bacteria and other infectious agents and more efficient at tackling them.

The research also showed that in females, these cells could eliminate infection without substantial release of chemicals that further stimulate the immune system. This is crucial since the release of these chemicals in humans is responsible for many of the common symptoms of infection such as tiredness and feeling unwell.

Dr Ramona Scotland, who led the research explained: “Our experiments demonstrate a profound difference in the way females respond to infectious agents compared to males.

“The aggressive elimination of the bacteria, together with a lack of production of the chemicals and cells that make you feel lousy whilst fighting infections, results in milder symptoms in females and faster recovery. And this could explain why, in humans, men also seem to suffer more severe symptoms when they encounter infections.

“What’s also important is that our study shows that biological sex-differences outside of the reproductive system are far bigger than we thought. Sex matters. Women are not merely smaller versions of men. And this has to be taken into consideration in both investigation into and treatment of inflammatory diseases.”