More than one baby in every 50 is born with a birth defect (congenital anomaly) according to the latest annual report by the British Isles Network of Congenital Anomaly Registers (BINOCAR) – significantly more common than previously reported estimates of around one in 80. 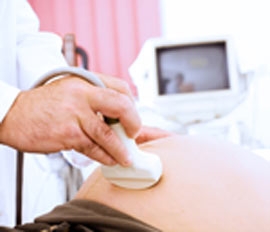 The study – led by researchers at Queen Mary, University of London and commissioned by the Healthcare Quality Improvement Partnership (HQIP) – is the most up-to-date and comprehensive of its kind, bringing together existing data in England and Wales from 2005 to 2009.

However, the report’s authors remain concerned that data for substantial parts of the country, including London, are not currently monitored, meaning large regional increases in birth defects could go unnoticed and their causes not investigated.

“This is a major issue,” commented Joan Morris, Professor of Medical Statistics at Queen Mary, University of London and editor of the report. “It is essential we know how many babies are being born with anomalies and how good their survival is across the whole country, so we can identify ways to reduce the occurrence of anomalies and plan for the care of these babies.”

This national report includes data from five regional registers and two disease specific national registers. Three additional registers exist and it is hoped that with further funding they will contribute data to future reports. Currently there are no registers in London and the South East, the North West and East Anglia.

Professor Elizabeth Draper from the University of Leicester who is Chair of BINOCAR commented: “This report is important, not least because it highlights the need to increase the number of regional registers in England. We are very grateful for the ongoing support from HQIP, but to provide national coverage will require a sustained commitment of additional resources. Funding for national surveillance of congenital anomalies is being considered as part of the surveillance program in Public Health England and we hope it will be in place by April 2013.”

The number and types of birth defects have been monitored since the thalidomide epidemic in the 1960s. Under the original system, cases were notified to the Office for National Statistics by doctors, nurses, midwives and health visitors. Since the 1980s, regional registers have been established in some parts of the country to actively collect data from hospitals, laboratories and health records.

In the intervening years, lack of strategic funding coupled with a lack of support at national level has led to the closure of the national system and some of the regional registers. This report collates data from five regional registers, which together cover 28 per cent of the population of England and Wales, leaving the vast majority of birth defects unreported.