THE NHS must start planning now to deal with a predicted leap of 45 per cent in the number of new cancer cases in the UK over the next two decades, an epidemiologist at Queen Mary, University of London warns today (Friday). 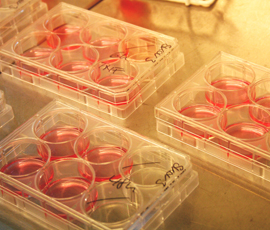 Male cancer cases will see the biggest rise – by 55 per cent to over 230,000 in 2030 according to the study, published in the British Journal of Cancer.

The main reason for the rise in cancer cases is that people are getting older.

But the good news is that survival is on the increase - cancer survival rates have doubled over the last 40 years in the UK – a trend that is likely to continue.

Study author Professor Peter Sasieni, a Cancer Research UK epidemiologist based at Queen Mary, University of London, said: “Projections of cancer cases are important for planning health services so we can understand where the future burden is on the NHS and also where health awareness messages need to be raised.”

While cancer cases are set to rise, cancer rates, adjusting for the growing and ageing population, remain broadly stable over the 23-year period at around 400 per 100,000 men a year and 350 per 100,000 women a year.

Despite this, some individual cancers will see an increase in rates.

Over the next 20 years, some of the largest increases in cancer rates will be from oral, liver, malignant melanoma and kidney cancers – especially among men.

The rate of malignant melanoma – the most dangerous form of skin cancer - has the biggest projected increase, rising by a staggering 52 per cent for both men and women.

In women, liver cancer rates are predicted to fall by two per cent, while kidney cancer rates will rise by 18 per cent over the next 23 years.

The researchers said that most of the decline in the age group 55-64 is due to a significant reduction in the use of HRT in recent years. HRT is an important risk factor for breast cancer, first identified in the 1980s.

Professor Peter Johnson, Cancer Research UK’s chief clinician, said: “We’ve witnessed huge improvements in recent decades, with cancer survival doubling over the last 40 years. Cancer Research UK has been at the heart of the progress through investment in research into more effective radiotherapy, many new drugs and improved surgery.

“But it’s also important to be aware of the signs and symptoms of cancer, so we can spot it early. Generally, the earlier cancer is spotted the easier it is to treat successfully, so know what is normal for you and if you spot anything unusual, get it checked out by your doctor.”

Harpal Kumar, Cancer Research UK’s chief executive, said: “The NHS faces a perfect storm over the next 20 years. The main reason for the rising number of cases is simply that people are living longer - and the greatest risk factor for cancer is age.

“At a time when the finances of the health service are being squeezed, it is absolutely crucial that health commissioners plan now for a massive increase in demand for cancer services, to ensure we provide high quality care to all.

“And as we develop ever more sophisticated ways to detect and treat cancer successfully, health planners must deploy resources more effectively to enable all patients to benefit from the latest developments and cutting edge new treatments.”