Use of torture around the world has not diminished but the techniques used have grown more complex and sophisticated, according to new research from Queen Mary, University of London. 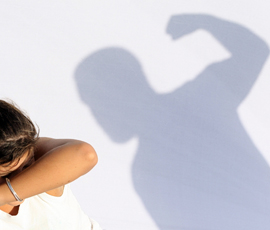 The study suggests that these emerging forms of torture, which include various types of rape, bestiality and witnessing violent acts, are experienced by people seeking asylum in the UK.

In many cases the techniques cause no visible effect but are responsible for a variety of serious mental health problems. The researchers say that their findings are vital for understanding what many asylum seekers have endured and for ensuring the correct medical treatments are available.

The majority of countries signed a UN convention banning all forms of torture almost thirty years ago but the new research joins a body of evidence showing that the use of torture not only persists but is also widespread.

The researchers, led by Dr Nasir Warfa at Barts and The London Medical School, based their study on asylum seekers who were being detained at Oakington Immigration Centre in Cambridgeshire. They carried out an audit of reports of torture over a six-month period. The results showed that 17 per cent of people at the Centre reported that they were tortured in their home countries.

Some reported cases of physical methods of torture such as being beaten with blunt objects, barbed wire, or fire. Other physical torture included various types of stabbing, covering with sugar water then exposed to insects, burning, finger or toenail extraction and foreign objects placed under nails.

Others experienced sexual torture including rape, forced bestiality, genital mutilation and forced abortion. Others still were suffocated or immersed in water, or forced to witness rape, violence or murder.

The majority of those who reported such incidents were fleeing African countries. Others had come from Asia, the Middle East and Europe.

“The torture reported by these people is horrific,” said Kate Izycki, Senior Nurse who specialises in Transcultural Psychiatry.  “This highlights that the use of torture continues and that the perpetrators are finding more elaborate methods; some of which often leave no physical mark.”

He adds: “Finding yourself in a foreign country where you must negotiate a difficult asylum system, where you cannot work and where you may not be able to speak the language would be difficult for anyone. Then add mental health problems caused by torture and the ever-present possibility of deportation”.

“This new study clearly shows that we need to identify and address the health needs of those who have fled to the UK following torture in their home countries.”