New research findings which show that vitamin D can speed up antibiotic treatment of tuberculosis (TB) have been revealed by scientists at Barts and The London School of Medicine and Dentistry. 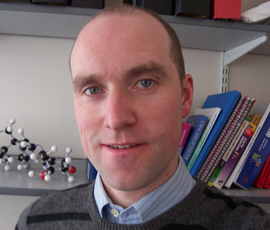 The study - which gives fresh insight into how vitamin D may affect the immune response - is published today (6 January 2011) in The Lancet.

In a trial led by Dr Adrian Martineau of the Centre for Health Sciences at Barts and The London School of Medicine and Dentistry – and funded by the British Lung Foundation - 146 patients with drug-sensitive TB were recruited from 10 National Health Service Trusts in London and randomly and evenly assigned to receive either four oral doses of 2.5mg of vitamin D, or a placebo.   All participants received standard antibiotic treatment for their condition.

The average time to clearance of TB from the lungs among all study participants was 6 weeks for patients taking standard therapy alone and 5 weeks for those taking additional vitamin D, although this difference was not large enough to sustain statistical significance.  However, patients who had a particular genetic type of vitamin D receptor were much more vitamin D responsive than others and cleared TB bacteria much more quickly if they received vitamin D in addition to standard antibiotic treatment.

122/126 patients in the trial (97per cent), had inadequate levels of vitamin D at baseline. Vitamin D deficiency is a very common problem in TB patients – a characteristic which may arise due to lack of sunshine in the UK, or to diets low in vitamin D. It is also possible that TB can cause vitamin D deficiency by a mechanism which is not wholly understood at present.

Lead researcher Dr Adrian Martineau said: “Vitamin D is best known for its effects on bones - it prevents rickets and osteomalacia - but it also has important effects on the immune system. High dose vitamin D was used to treat TB in the days before antibiotics were available, but clinical trials have not previously been performed to find out how TB patients’ genetic make-up can affect their response to vitamin D supplementation.  The finding that patients who have a particular type of vitamin D receptor are very responsive to vitamin D is new and gives us insights into how vitamin D can affect the immune response.”

Ian Jarrold, Research Manager for the British Lung Foundation, said: “The findings of this study, which was funded by the British Lung Foundation, show great promise in speeding up the antibiotic treatment of TB for those patients which are receptive to vitamin D. The treatment process is currently very long and can be costly so any headway made in the medical research field for this disease is welcome to improve outcomes for patients.”

‘High-dose vitamin D3 during intensive treatment of pulmonary tuberculosis: a double-blind randomised control trial’ is published in The Lancet on 6 January 2011.