Is dairy colostrum the key to Olympic success? 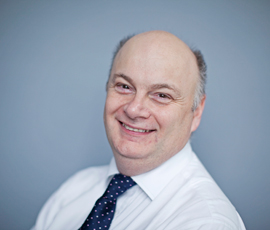 Their findings, published in the March issue of the American Journal of Physiology-Gastrointestinal and Liver Physiology, could have positive implications not just for athletes but also for sufferers of heatstroke.

A research group led by Ray Playford, Professor of Medicine at Barts and The London School of Medicine and Dentistry looked at athletes who were asked to run for 20 minutes at 80 per cent of their aerobic maximum. At the end of the exercise, changes in the subjects gut leakiness were measured using urine sample – also determined were changes in the athletes’ core temperature.  Under standard conditions, gut leakiness had increased by 250 per cent and temperature had risen by 2 degrees.  However, when the group were given a drink of dairy colostrum for two weeks before the trial, the rise in gut leakiness was reduced by about 80 per cent, despite the same effort and temperature rise.

Gut disorders induced by exercise are common in runners – the body’s response to increased permeability is to clear the gut contents, giving rise to symptoms such as diarrhoea to avoid toxins from gut organisms entering the bloodstream, as these lead to heatstroke which can result in damage to the internal organs.

Professor Playford’s research identified changes in gut barrier function in laboratory studies: gut cells were cultured at normal 37 degrees body heat and at 39 degrees to replicate the temperature after exercise. The death rate of gut cells was much increased at the higher temperature yet when colostrum was added to the culture medium the rise in cell death rate was reduced by two thirds.

Professor Ray Playford said: “Athletes’ performance can be seriously diminished due to gut symptoms during heavy exercise. We have been looking at natural approaches to reduce this problem as the range of products that athletes can legitimately take is very limited. Our findings suggest colostrum may have real value in helping our athletes perform. This is a research area we are especially interested in given our proximity to the 2012 Olympic site. In addition, extremes of temperature and exercise are often suffered by armed forces in desert war scenarios and can result in heat stroke which is life threatening. Based on our results to date, our research group is also exploring products that may be useful for protecting soldiers in life threatening situations such as these.”

The nutriceutical, bovine colostrum, truncates the increase in gut permeability caused by heavy exercise in athletes, is published in the March issue of American Journal of Physiology-Gastrointestinal and Liver Physiology (http://ajpgi.physiology.org/)