Government plans to divert more mentally ill people out of the criminal justice system and into mental health services are unlikely to be achieved, according to new research from Queen Mary, University of London. 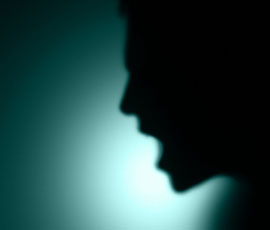 In a study published in the International Journal of Law and Psychiatry, researchers estimate that there are over 8,000 prisoners with schizophrenia and other psychoses in prisons in England and Wales.

If transferred to hospital, treatment for these patients would have to be in conditions of security. However, the sheer number of mentally ill prisoners would overwhelm the medium secure beds available. High security hospitals, which have been reduced in size in recent years, would be necessary to accommodate those who are at greatest risk to the public.

The study, which included all 131 prisons in England and Wales, found that only 1 in 10 psychotic prisoners are currently receiving treatment for their illnesses in prison and less than a third had ever been treated in a psychiatric hospital.

Over a third said they had never received any psychiatric treatment, which meant it was very unlikely they would receive treatment and follow-up after their release.

Although suffering from severe mental illness, their criminal histories were no less extensive than other prisoners and they appeared to be at somewhat greater risk of future offending and violence.

In December 2007, the government commissioned Lord Bradley to look into diverting people with mental health problems and learning disabilities away from the criminal justice system.

“Our research suggests that the recommendations of the Bradley Report to divert more mentally ill persons out of the criminal justice system and into mental health services is unlikely to be achieved. ”