A study published today in The Lancet shows how a do-it-yourself screen for cervical cancer could help prevent the disease in thousands of women who, for a number of reasons, cannot have a smear test. 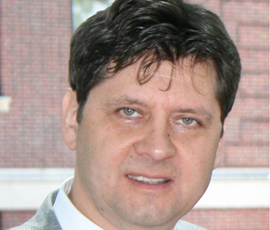 The test, which detects the virus responsible for cervical cancer, was widely accepted by women in the trial and was more effective than the traditional smear test at picking up the earliest signs of the disease.

The DIY test has the potential to help thousands of women around the world who live in countries where smear testing is logistically impossible. It could also benefit women in richer nations who are unwilling or unable to visit a clinic.

The study, which was led by Professor Attila Lorincz from Queen Mary, University of London, included over 20,000 women in Mexico.

Around half took the DIY test at home while the other half visited a clinic for a smear test.

And crucially, uptake for the at-home test was higher than for the smear test suggesting that women prefer this type of screening.

The researchers say that the test still has its limitations - for example it tends to pick up more women who, after further tests, turn out to be healthy and this increases the burden on the health care service. Further research is needed to address these issues.

Cervical cancer kills 273,000 women worldwide every year and it is more prevalent in poorer countries where women have no access to screening.

Around 2,500 women in the UK are diagnosed with the disease each year and it is far more common in women who, for one reason or another, have never had a smear test. These women are often from poorer backgrounds with poorer health, which also puts them at a greater risk of getting cervical cancer.

The new study has the potential to help both women in the developing world who have no access to traditional screening and women in wealthier nations who cannot or will not take a smear test.

The existing smear test is given by a nurse or doctor in a clinic and must be checked manually by a cytologist who makes a subjective judgement by examining the sample under a microscope. The new test can be taken by a woman in her home and the sample can be assessed by an automated system.

Professor Lorincz, who also helped to develop the test said: “Cervical cancer has a devastating global impact because it affects thousands of women of all ages. Unlike many forms of disease, we can actually prevent cervical cancer but only if women have access to screening or if young girls are vaccinated against the virus that causes cervical cancer.

“This research is tremendously exciting because it gives us a new and easier way for women to take part in screening.

“Our findings show that women are happy to take the test and that it is very sensitive at picking up the women who are at risk of developing cancer. This sensitivity is vital for a woman who may only get tested once or twice in her life.”