A new study published in the British Journal of Sports Medicine highlights the injury risks for schoolboys playing rugby. 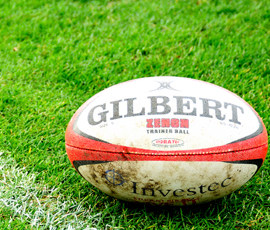 The research shows that the chance of a school player suffering an injury during a single season is at least 12 per cent and, according to some research, could be as high as 90 per cent.

The researchers from Queen Mary, University of London and Cass Business School, City University say there is an urgent need to inform children, parents and coaches alike about the level of risk involved and that more should be done to reduce the risk.

Professor Allyson Pollock, a public health physician at Queen Mary explained: “We know that injuries are common among rugby players and a number of studies have attempted to quantify the risk. What we’ve done is tried to make the numbers accessible to parents, teachers and children by translating the epidemiological data into the risk of injury to an individual player.

“Depending on exactly how you define an injury and which data we used, this figure ranges from 12 to 90 per cent for each player over a season. But the message is clear; injury rates due to rugby among schoolboys are high and most parents and children don’t realise how high.

“This is important because in some schools rugby is a compulsory sport. Yet playing can often result in serious injury, significant amounts of time off school and chronic disability.  This has knock-on consequences for the children’s education and ability to continue playing sport.”

She explains: “Rugby is a contact sport associated with high risks of injury. Studies show that the phases of play when most injuries occur are the tackle and scrum. It is therefore self evident that the Laws of the Game for school rugby should be changed to make the game safer.”