A groundbreaking trial of a one-stop-pill to prevent heart attacks and strokes in people over 50 is being launched at Queen Mary, University of London today (Tuesday, 4 January). 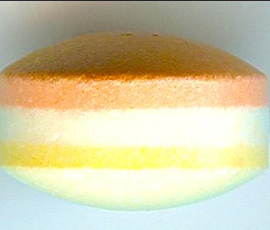 The pill, which contains components to lower blood pressure and cholesterol, could play a key role in reducing the population’s incidence of heart attacks and strokes(1), according to researchers at the Wolfson Institute of Preventive Medicine, part of Queen Mary’s Barts and the London School of Medicine and Dentistry.

People aged over 50 are being invited to participate in the trial where they would take a placebo for 12 weeks and the polypill for 12 weeks without knowing which one they are taking in each 12-week period (otherwise known as a randomised cross-over trial).

This is the first trial of a polypill offered to people on the basis of their age; a person’s starting blood pressure or cholesterol is not a factor in the selection process.

Dr David Wald, one of the researchers conducting the trial at the Wolfson Institute said: “The polypill has the potential to be a daily preventive method against heart attacks and strokes, just as the contraceptive pill is a daily preventive method to avoid an unwanted pregnancy. This trial is a step towards making access to the polypill a reality.

“The polypill concept was first proposed in 2003(2) but until now has not been introduced using a single pill. The trial will assess the acceptability and efficacy of the new pill.”

There are four components to the polypill: three to lower blood pressure at half standard dose (losartan hydrochlorthiazide and amlodopine) and one to reduce cholesterol (simvastatin), at standard dose. The components and their doses were selected to maximise the efficacy in preventing cardiovascular disease while minimising side
effects.

“The trial will determine how effective the polypill is in reducing blood pressure and serum cholesterol. From previous research showing the effects of the individual components taken separately we anticipate that this pill would prevent more than two-thirds of heart attacks and strokes,” Dr Wald said.

Less than 100 participants are needed to take part in the trial due to the efficiency of the cross-over design.

The polypill has been specially formulated for the research team by Cipla, an Indian pharmaceutical company.

2)  Professor Sir Nicholas Wald and Professor Malcolm Law from the Wolfson Institute of Preventive Medicine first proposed the concept of a polypill in a paper published in the British Medical Journal in 2003.