A problem plaguing physicists across the globe for centuries has finally made a leap towards resolution. 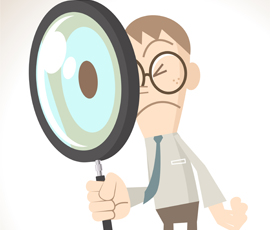 The nature of glass has stumped scientists for years but now a researcher from Queen Mary, University of London has a novel theory to re-ignite the glass debate.

Glass has historically sat in an unknown classification territory, somewhere between being a liquid and a solid. Its molecules are jumbled randomly, similarly to a liquid but moving a lot slower, to the point where they almost aren’t moving at all, in a similar state to a solid.

Many theorists have argued that glass must enter a phase transition at some point like water does in changing its state from liquid water into solid crystalline ice.

Dr Kostya Trachenko from Queen Mary’s School of Physics, together with his collaborator Professor Vadim Brazhkin from the Russian Academy of Science, took a fresh look at the physics debate and argued that glass is a liquid with no phase transition at all.

“It is difficult to think of glass as a liquid when it displays all the qualities of a solid – it is hard and it shatters when it breaks,” Dr Trachenko said.

“However, contrary to what has been previously thought, we propose that glass is not different from a liquid from a physical perspective, in that the differences between the glass and the liquid are only quantitative but not qualitative.”

Dr Trachenko and Professor Brazhkin decided to go back to the drawing board in order to explain the accumulated data in a new and non-controversial way.

“When matter, being it gas, liquid or solid, changes between its different phases, its properties change profoundly. A similar important change, the jump of heat capacity, also happens during liquid-glass transition, which is why physicists thought there is some sort of a phase transition, between the liquid phase and the glass phase.

“However, there has been no evidence to support the existence of a distinct glass phase: we know that the glass and the liquid are nearly identical in terms of structure. It was this simple yet persisting controversy that was at the heart of the problem of glass transition.

“What we have shown is that you do not need to assume a new phase or a phase transition of sort to explain the jump of heat capacity. Instead, the mere fact that the liquid stops flowing at the experimental time scale necessarily results in the jump of heat capacity as well as the change of other important properties such as elasticity and thermal expansion. This, in essence, is our new and simple proposal to solve this old-standing problem in physics.

“It has been noted that glass in old, medieval churches is thicker at the bottom, and it has been proposed that this is because glass flows over time. This explanation might not be correct from the quantitative point of view because a few centuries is not enough time for the glass to flow. Indeed, we show in our paper that it may take longer than the age of the Universe for some glasses to flow. However, the qualitative idea is correct: any glass is just a slow-flowing liquid from the physical point of view.”

Dr Trachenko likens the theory of glass being a liquid to that of pitch, a name given to hard tar-like substances. He cites an experiment in Australia where pitch (in this case bitumen), was put in a funnel in 1927 to see whether it would in fact drip.

“Pitch, at room temperature, is similar to glass in that it shatters when broken with a hammer,” Dr Trachenko said.

“The pitch experiment, which is still running, shows that it actually drips every 10 years or so. Our theory says that pitch heat capacity and other properties would show a change if you compare high- and room-temperature data during a short period of time only (say hours), during which room-temperature pitch does not flow.

“On the other hand, if you take the same measurements over time exceeding 10 years, system heat capacity and other properties will not change because the apparently “solid-like” pitch at room temperature becomes a flowing liquid.”

"Nature is often quite economical with its laws. Uncovering this economy and underlying simplicity is the ultimate task of a physicist. This can be hard, but we were excited about getting to the bottom of this problem. When we realised how glasses work, we were quite astounded how simple it was”.

Dr Trachenko is excited that the recent theory can be used to explain other dynamic systems which undergo no apparent phase transitions yet show profound property changes once they stop flowing at the experimental time scale.

Dr Trachenko and his collaborator Professor Brazhkin published their findings in the flagship physics journal Physical Review, earlier this year.