Queen Mary’s science and engineering showcase is Bang on

Queen Mary, University of London is aiming to inspire budding young scientists and engineers with their show-stopping stands at the Big Bang Fair in London this week. 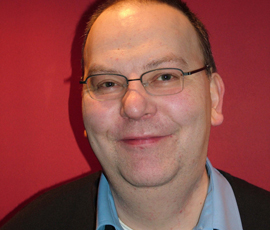 The Big Bang: UK Young Scientists and Engineers Fair is the UK’s biggest celebration of science and engineering for young people, attracting around 25,000 visitors and involving more than 100 organisations.

Queen Mary’s part in the Fair will encourage visitors to help them “build the universe”, try their hand at magic tricks, and play with artificial intelligence with the aim of inspiring young people into science and engineering.

Queen Mary’s School of Physics has set up an activity at one of the stands which asks visitors to help them “build the universe” using 20,000 pieces of LEGO.

The LEGO pieces represent the smallest particles we are made from: quarks. From these beginnings, protons, neutrons, elements, and indeed life can be built up, giving visitors a better understanding of the history of the universe.

Professor Peter McOwan, from Queen Mary’s School of Electronic Engineering and Computer Science is aiming to inspire young people into maths and computer science by demonstrating how it is used in magic tricks.

Professor McOwan’s show, The Magic of Maths, will enable visitors to explore the magic of maths and learn the tricks behind the scenes.

Professor McOwan, who is a judge of the best use of maths in a student project at the Fair, is also hosting a stand where people can design their own robots online to race across various virtual terrains.

Participants will then have a chance to improve their robots by hand or via artificial intelligence. The software can be downloaded for free at www.sodarace.net

People visiting the Fair will also get a flavour for some of Queen Mary’s courses and the potential careers they lead to with a stand in the Careers Zone. Queen Mary’s undergraduates will talk to visitors about their experiences at university and will give advice on what to study for particular careers.

The Big Bang: UK Young Scientists and Engineers Fair is being held at the ICC London ExCel from 10-12 March.