New research by psychologists at Queen Mary, University of London has revealed that the way we see the world might depend on reflexes in the brain. 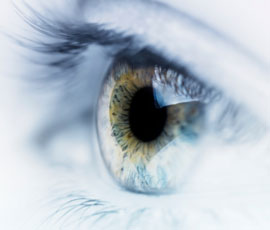 Writing in the Journal of Vision, Dr Michael Proulx from Queen Mary’s School of Biological and Chemical Sciences, and former student Monique Green, explain how an optical illusion known as the Müller-Lyer Illusion captures our attention more strongly than other visual tests, suggesting that the brain calculates size as a reflex fast enough to guide where the eyes look.

The Müller-Lyer illusion was first described by F.C. Müller-Lyer in 1889, and is one of the most famous size illusions. He found that two lines of the same length can be seen as longer or shorter by simply adding arrow heads that point in or out at either end.

In this study, Dr Proulx and Green asked participants to search for a vertical line among distracting lines tilted to the left and right. All of the lines had arrow heads at either end that randomly pointed in or out, making some lines appear to be longer or shorter than others due to the illusion. They found that the line that appeared to be the longest captured the participants’ attention the most.

Dr Proulx explains: “The surprising difference here is that the perceived longer line not only captured their attention, but was even more distracting than the sudden appearance of something new as shown in prior research.

“This suggests that many visual illusions might be so effective because they tap into how the human brain reflexively processes information. ”

Reflexes are immediate and involuntary responses that allow a quick reaction, such as pulling your hand away from a hot surface.

Dr Proulx adds: “If an illusion can capture attention in this way, then this suggests that the brain processes these visual clues rapidly and unconsciously. This also suggests that perhaps optical illusions represent what our brains like to see.”

The team hope that their findings can be used to help unlock clues about how the brain has evolved to not just represent the world as it is, but in a way that is most effective for survival. "A number of conditions exhibit differences in attention, such as Autism and schizophrenia, and it would be useful to see whether visual illusions are still given priority even when other aspects of attention are affected," adds Proulx.