A tried and tested method used in the hunt for serial killers can help combat infectious diseases, research from Queen Mary, University of London reveals. 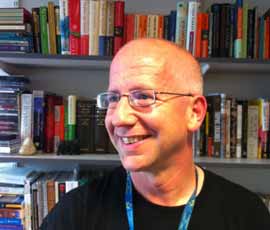 Geographical profiling, a statistical technique which uses the locations of crimes to identify areas in which the serial criminal is most likely to live and work, was originally developed to help police prioritise suspects. It has been successfully used by law enforcement agencies around the world, including the Royal Canadian Mounted Police, Scotland Yard and the Bureau of Alcohol, Tobacco, Firearms and Explosives.

New research from Dr Steven Le Comber at Queen Mary’s School of Biological and Chemical Sciences has shown that this mathematical method can be used to map the locations of diseases to try and identify the source of the disease.

Dr Le Comber, in collaboration with scientists at the University of Miami and Ain Shams University in Cairo, as well as with the inventor of geographic profiling, former detective turned Professor of Criminal Justice Kim Rossmo from Texas State University, examined the 1854 cholera outbreak in London, and more recent cases of malaria in Cairo.

In both cases, geographic profiling successfully located the sources of the disease - the Broad Street pump in London, and the breeding habitats of the mosquito Anopheles sergentii in Cairo.

The findings were published in BioMed Central’s International Journal of Health Geographics today (18 May 2011).

“This is a very exciting development,” said Dr Le Comber.

“Correctly applied, geographic profiling shows great promise as a useful component of policy relating to the control of a wide variety of infectious diseases.

“Evidence-based targeting of interventions like this is more efficient, environmentally friendly and cost effective than untargeted intervention.”