Invisibility cloak to be unveiled with new research

Becoming invisible with the swish of a cloak as in J.K. Rowling’s Harry Potter novels could soon be a reality with a £4.5m research project led by Queen Mary, University of London. 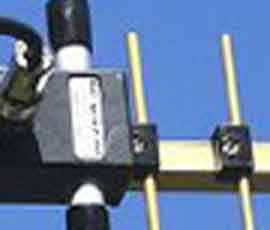 The project, Quest for Ultimate Electromagnetics using Spatial Transformations (QUEST), funded by the Engineering and Physical Sciences Research Council, aims to transform the science fiction of invisibility into practical technology.

Professor Yang Hao from Queen Mary’s School of Electronic Engineering and Computer Science who leads the five-year project said: “There has been intensive research into the principles of invisibility science which has now matured to the point that the next big step is to use the insights of theory to produce practical devices.

The research, which involves four universities, will focus on developing practical applications of spatial transformations for communication, wireless energy transfer, sensors and security.

One of the pioneers of spatial transformation theory, Professor Ulf Leonhardt at the University of St Andrews, will lead the theory element of the new research and will be showcasing it at this year’s Royal Society Summer Science Exhibition, opening today (5 July).

Queen Mary’s team, including Professor Hao and Professor Clive Parini, will focus on the project’s engineering applications while Dr Alastair Hibbins, Professor Bill Barnes and Professor Roy Sambles will lead a team at the University of Exeter to turn theory into experiment.

A team at the University of Oxford led by Professor Patrick Grant and Professor Chris Grovenor will develop the new materials required for practical applications.

Science Magazine recently listed research in transformation optics among the top 10 science breakthroughs of the last decade. These are so-called metamaterials unavailable in nature in which the microstructure is contrived in the laboratory to create unusual electromagnetic properties such as bending of electromagnetic waves.

Metamaterials pioneer, Sir John Pendry, will sit on the advisory board of the new project, which will be headed by Professor Peter Clarricoats who has spearheaded antenna research in the UK.

Wireless technologies based on electromagnetic waves are all around us - including mobile phones, wi-fi for computers, security scanners and many more. By combining theory with experiment and computer simulations with materials science, QUEST will create new products for wireless technology. For example, with the right sort of materials and devices it may no longer be required to switch off mobile phones in aeroplanes.

Wireless antennas may become smaller, more effective and unrecognisable so that they can be sewn into clothing in an evermore wireless world.

Exactly what form these devices will take is not yet clear – the research will help inform that. The grant from EPSRC will allow the researchers the flexibility and freedom to achieve the - almost - impossible with electromagnetic waves.