At Home with the Georgians, the major BBC2 series presented by historian and Queen Mary academic Amanda Vickery, is up for best history programme in the Royal Television Society Award 2011. 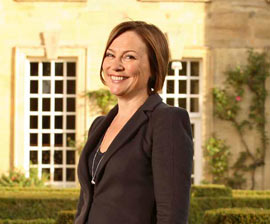 An authority on British social history, particularly our home life from the seventeenth century to the present, Amanda Vickery is Professor of Early Modern History at Queen Mary, University of London.

At Home with the Georgians, which first aired in December 2010, is a three-part adaptation of her critically-acclaimed book Behind Closed Doors (Yale University Press, 2009) and explores the unique relationship Britons had with their homes in the Georgian era – the golden age of home-making.

Covering both national and regional output, the RTS Awards aim to recognise the work of exceptional actors, presenters, writers and production teams, as well honouring the programmes themselves.

The history nominations are:

Words of the Blitz ITV Studios for ITV1

At Home with The Georgians Matchlight for BBC Two

Chaired by David Liddiment, non-executive director of the All3Media, the largest independent production house in the UK, the RTS Awards will be presented at a ceremony on 15 March 2011 at the Grosvenor House Hotel, London. The evening will be hosted by comedian and television presenter Dara O’Briain.