A project focusing on the scar tissue surrounding cancer tumours aims to provide new targets for drugs for treating pancreatic cancer, the fifth highest cause of cancer deaths in the UK. 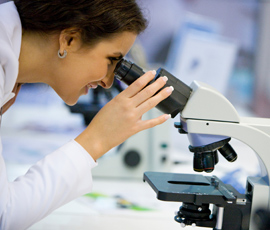 Funded by the UK charity Pancreatic Cancer Research Fund, the project will research the role of a family of molecules present in this scar tissue - known as stroma - which are believed to have a role in driving tumour growth.

The project is led by surgeon and researcher Mr Hemant Kocher from Barts and The London School of Medicine and Dentistry.

The research is based on the ‘seed and soil’ hypothesis, where the cancer is the ‘seed’ and the stroma the ‘soil’. Mr Kocher explains: “We believe the stroma provides the right environment in which the cancer can grow. All cancers have stroma, but in pancreatic cancer, it’s markedly more voluminous, which may prevent drug treatments reaching the tumour.”

“The pancreatic cancer stroma has not, to date, been targeted as a potential route for treatment,” says Mr Kocher. “The survival rate for pancreatic cancer hasn’t improved in around 40 years, and we’re hopeful this research will shed greater light on this area.”

The team will be conducting in-depth analysis of a family of signalling molecules called Fibroblast Growth Factor (FGF) drawing on knowledge gained through progress in breast cancer research.

“A gene which was found to be implicated in breast cancer has been shown to code a receptor for FGF,” says Mr Kocher. “If we can understand how FGF receptor gene regulates cell behaviour, we’ll be able to harness this knowledge in the search for better drug treatments.”

The research team includes PhD student Stacey Coleman and will draw on the expertise of cell biologist Dr Richard Grose – also at the Institute of Cancer at Barts & The London School of Medicine & Dentistry - who has focused on these mechanisms in the search for more effective breast cancer treatments.

Pancreatic Cancer Research Fund (PCRF)
PCRF was founded in April 2004 by Maggie Blanks, following the death of her husband from the disease in May 2003. It is the only UK charity dedicated solely to fundraising for more research into pancreatic cancer. PCRF currently funds £1.7 million of research projects entirely from donations. The charity also aims to persuade the existing major research funders to give greater attention to the disease.

Each year approximately 7,700 people in the UK are diagnosed with pancreatic cancer. It is an extremely difficult cancer to diagnose and treat, because it is unusually aggressive, symptoms are often vague and generally appear at an advanced stage of the disease. Just three per cent of those diagnosed with pancreatic cancer survive five years or more, a figure that has not improved in forty years.