A comprehensive review of the diagnosis and management of Barrett’s oesophagus – a sometimes precancerous condition which causes abnormal cells to grow on the inner lining of the gullet – conducted by researchers at Barts and The London School of Medicine and Dentistry, is published in the British Medical Journal today (Saturday 18 September 2010). 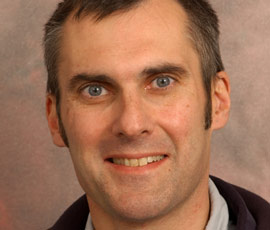 A team led by Professor Janusz Jankowski reviewed a range of existing evidence including observational studies, randomised trials, national and international guidelines, plus drew on expert opinion, to discuss the importance of early recognition and optimal treatment of the disease.

The prevalence of Barrett’s oesophagus is estimated to be about two per cent among adults in the West making it one of the most common premalignant lesions after colorectal polyps. It is particularly prevalent in middle aged to older men of Anglo-Saxon origin and evidence suggests that the global rate of diagnosis is increasing by two per cent a year with the UK at the centre of the ‘epidemic’. Rates of adenocarcinoma of the oesophagus (the commoner of two forms of oesophageal cancer) which can arise from Barrett’s oesophagus are higher in Scotland than anywhere else in the world.

Jankowski and his team found there to be an overall consensus on how to manage Barrett’s oesophagus but postulated that the mechanisms of the disease were more complex than had previously been thought.  Early prompt action, from diagnosis through to management of all stages of the condition is important with endoscopic surveillance warranted along with surgical or medical treatment to prevent gastric reflux. Where abnormal cells are confirmed to exist, surgical removal of the cells should be considered but where not – progression of the condition should be monitored using conventional histological and endoscopic means.

Professor Jankowski said: “People with Barrett’s oesophagus now have a better roadmap to work from so that they and their doctors can manage their condition both effectively and in a timely fashion.”

The review comes ahead of the Esophageal Adenocarcinoma Genetic LinkagE (EAGLE) consortia, the largest genetic risk study of Barrett’s and oesophageal adenocarcinoma ever to be conducted.  The consortia with over 100 participating centres in the UK and Europe, is co-ordinated from Queen Mary, University of London. It will test 2.2 million genetic variations (single nucleotide polymorphisms (SNPs)) in 2000 patients and validate the top 200,000 SNPs in another 3000 patients. This study is backed by a multi-million pound grant from the Wellcome Trust, as well as funding from Cancer Research UK and educational grants from Astrazeneca.