Evidence suggesting that the risk of childhood asthma associated with prenatal paracetamol exposure may depend on antioxidant genes in the mother has been found by a team of UK scientists. 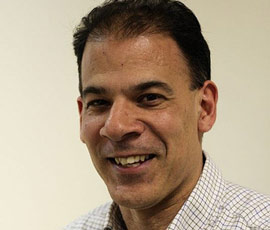 The results of their study, which strengthens the argument for a causal link between paracetamol exposure in early life and later childhood asthma, are published online (10 November) in the Journal of Allergy & Clinical Immunology.

Led by Seif Shaheen, Professor of Respiratory Epidemiology at Barts and The London School of Medicine and Dentistry, the team examined data from the British Avon Longitudinal Study of Parents and Children (ALSPAC) which has followed 14,000 children since birth - beginning with their mothers’ pregnancies and continuing into the children’s 8th year.

Researchers looked for evidence of interaction between paracetamol use during pregnancy or infancy and antioxidant genes in the mother or child. Variants in such genes may influence the toxicity of paracetamol.

Participating mothers reported on their use of paracetamol during pregnancy, as well as their child’s exposure to the drug during infancy.  Histories of wheezing and any asthma and allergy symptoms and diagnoses in the children were recorded, along with details of environmental exposures and family lifestyles.  Between ages 7 and 8 the children had allergy skin and blood tests and lung function tests. Both mothers and children had genetic testing performed.

Professor Shaheen and researchers found evidence suggesting that the risk of childhood asthma associated with prenatal paracetamol exposure depended on which variants of various antioxidant genes were present in the mother.  In contrast, interactions between infant paracetamol use and similar gene variants in the child were not seen.

Shaheen added; “Our latest findings add further weight to the evidence implicating prenatal paracetamol exposure in the development of childhood asthma. However, ultimately a cause and effect relationship can only be confirmed through randomised clinical trials.”