Disgraced Dr Andrew Wakefield used research methods which were flawed - but which remain commonplace in the scientific world, according to a professor who gave evidence against him. 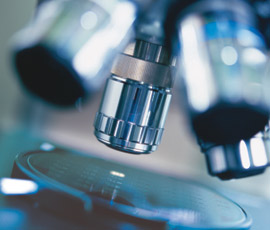 Professor Stephen Bustin, based at Queen Mary University London, was one of the research scientists who gave evidence against Dr Wakefield in 2007, and about the quality of the science he used to prove his now-discredited theory about the MMR vaccine.

Wakefield, now struck off the medical register by the GMC, relied on a method called qPCR (quantitative real-time polymerase chain reaction) to support his conclusions that the MMR vaccine was linked to autism.

Today Bustin renewed his urgent call for a change in research methods which use similarly flawed methods, and unreliable results.

The areas of research affected are wide-ranging, because qPCR is the most widely used molecular technology in basic research, pathogen detection and clinical diagnostics. pPCR is commonly used in research to detect viruses and in many areas of cancer research.

According to Bustin, tissue handling, assay design and data analysis vary widely between laboratories and experiments. This frequently produces misleading results and the experiments cannot be reproduced. It leads to inappropriate lab work, research that is not properly validated, and erroneous conclusions, the vast extent of which is widely disregarded.

Bustin led the efforts by 12 internationally renowned scientists who have published a set of individual standards called MIQE, (Minimum Information for Publication of Quantitative Real-Time PCR Experiments) to address the problem.

His research has been funded by the charity Bowel & Cancer Research.

He is calling for the scientific community to adopt the MIQE guidelines, to improve standardisation, and the quality of research into gene expression.

"The quality of qPCR protocols is appalling," he said.