Clinicians need to be more culturally aware when it comes to diagnosing and treating personality disorders, a new study from Queen Mary, University of London suggests. 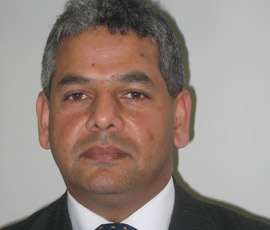 The research, published online at Biomed Central*, found there was a lower prevalence of personality disorders in black people compared with white people.

Lead author, Professor of Cultural Psychiatry and Epidemiology, Kamaldeep S. Bhui said the findings indicated there was a risk personality disorders are overlooked and left unrecognised and therefore untreated in black people.

“Our detailed and systematic analysis of seven studies shows there is significantly lower diagnosis of personality disorders in black people compared with white people. It also showed there was no significant difference in prevalence between Asian and white populations.

“There is a need for clinicians to be more culturally aware and that differences in race and ethnicity must be taken into consideration when diagnosing personality disorders.”

Although the research showed a lower prevalence of personality disorders in black people, the variation could be attributed to different diagnostic methods.

Professor Bhui said: “More research would be essential to understand the under-representation or under-recognition of black compared with white patients.

“Our findings indicate that while there is a lower prevalence of personality disorder among black compared with white patients, this was especially apparent for case-note diagnoses used in routine clinical care rather than structured diagnostic interviews used in research.

“Therefore the findings could indicate either neglect of personality disorder diagnosis or a true lower prevalence amongst black patients.

“Future research will need to take account of more complex and precise cultural variables, and that culture may influence judgements about personality functioning and diagnostic practices.”

Professor Bhui would like to pay tribute to Angela McGilloway and Ruth Hall, medical students at Barts and The London School of Medicine and Dentistry, part of Queen Mary, University of London, who were instrumental in delivering the research.

The research project demonstrates how medical students, active in research at an early stage of their career, can contribute to improvement in the quality of care in the NHS, in partnership with academic and charitable organisations.

Angela McGilloway and Ruth Hall worked in partnership with Dr Tennyson Lee, a consultant psychiatrist for a specialist personality disorder service in East London NHS Foundation Trust and the work was supported by Careif, an international mental health charity.

Personality disorder is defined by the World Health Organisation as “a severe disturbance in the characterological condition and behavioural tendencies of the individual, usually involving several areas of the personality, and nearly always associated with considerable personal and social disruption”.