An online personal health organiser developed as part of the £12.4 billion National Programme for IT in the National Health Service has failed to attract the user numbers anticipated a study published in the BMJ today (17 November) reveals. 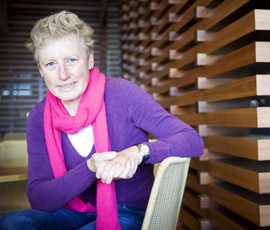 Led by Professor Trisha Greenhalgh from Barts and the London School of Medicine and Dentistry, the team behind the study - including researchers from University College London and Raft Consulting – found that only 0.13 per cent of those invited to sign up to HealthSpace, a fraction of the between 5 and 10 per cent predicted, got as far as activating the full functionality of their personal health record. The team studied uptake of the health organiser from its release in 2007 until mid-2010.

HealthSpace is an internet-accessible personal health record. Its features include the facility to enter and store health data such as blood pressure or weight; a calendar to record health appointments; email-style communication with the patient’s General Practitioner; and the ability to access their summary care record (a centrally stored summary of key medical details drawn from a patient’s General Practitioner record). HealthSpace is free but users must register for a basic account (online) or an advanced account (in person at a front office run by their local Primary Care Trust)

Early business plans anticipated that between 5 and 10 per cent of the over-16 population would become HealthSpace users. It was also predicted that patients would access their summary care records and notify their GP of errors, thereby driving up data quality in NHS medical records.  In fact, only 2913 people (0.13 per cent of those invited to open an advanced HealthSpace account) actually did so, and the research team did not find a single person who had accessed their summary care record.

Problems included a complex registration process, a “clunky” user interface (some aspects of which have been upgraded since the research was undertaken), the need to enter much of the data oneself, limited functionality which did not seem to match how people actually looked after their own health, and the low levels of knowledge about, or interest in, the product from healthcare staff.

The recent emergence of rival products from commercial IT companies including Microsoft’s HealthVault (released in the UK in June 2010) and Google’s GoogleHealth (released in May 2008) have raised questions about the place of a standard-issue personal health organiser from the NHS.

Professor Greenhalgh said: “Unless personal electronic health records align closely with people’s attitudes, self-management practices, identified information needs and the wider care package, there is substantial risk that they will be abandoned or not adopted at all. The findings raise questions about how eHealth programmes in England are developed and approved at policy level.”

‘HealthSpace: a case study of the adoption, non-adoption and abandonment of a personal electronic health record,’ is published in the British Medical Journal on 17 November 2010.