Steering clear of full-fat, fried, and processed foods is not just good for overall health, it could help prevent chronic lung conditions, a large UK study has revealed. 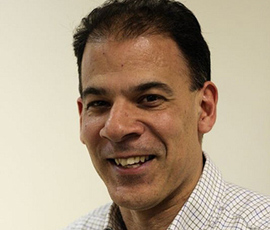 Led by Seif Shaheen, Professor of Respiratory Epidemiology at Barts and The London School of Medicine, the study - involving 1,551 men and 1,391 women with an average age of 66 – showed that those whose diet favoured fresh fruit and vegetables, oily fish and wholegrain products had far better lung function than those who chose a diet high in fat, sugar and processed food.

The diets of those involved were investigated to assess what kinds of food they consumed on a regular basis. Their lung function was also tested using a spirometer, a device which measures the amount of air that a person can blow out of their lungs in one second. This simple test illustrates how healthy the lungs are, and determines whether any blockage or obstruction exists in the airways.  If the airways are obstructed, the person is diagnosed with Chronic Obstructive Pulmonary Disease (COPD).

The study also revealed that the beneficial effects of the sensible diet were particularly strong in men who smoked.

Lung health in particular may be positively affected by a sensible diet because of the antioxidants contained in fruit and wholegrains, and the omega-3 fatty acids found in oily fish – that protect the lungs against the adverse effects of smoking.

Professor Shaheen said: “Whilst cessation of smoking is still the number one way to improve lung health, this study is important because it suggests that cases of COPD might be prevented if people, especially male smokers, ate more fruit and vegetables, oily fish and wholegrain cereals, and less white bread, sugar, full fat dairy products, fried food and processed meat. However, the only way to confirm this would be to carry out a randomised controlled trial.”