Scientists from Queen Mary, University of London have discovered cancer-blocking activity for genes carried on chromosome 21 - an extra copy of which is carried by people with Down’s syndrome. 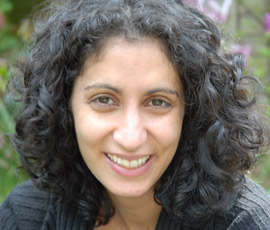 The study, published in Nature*, investigated why the extra copy of chromosome 21 provides protection against the development of solid cancers.

The team found that tumour growth was reduced significantly in mice with three copies of genes from chromosome 21, compared with mice carrying two copies – the extra set of these genes boosting protection against cancer development.

They identified that a number of genes called ADAMTS1; ERG; JAM-B and PTTG11P can block the formation of blood vessels to tumours - a process called angiogenesis. This prevents nutrients reaching the tumour, in effect ‘starving it,’ stopping the cancer from growing. Two of these genes JAM-B and PTTG11P were previously unlinked to angiogenesis.

Lead author, Kairbaan Hodivala-Dilke, Professor of Angiogenesis at Barts and The London School of Medicine and Dentistry’s Institute of Cancer, part of Queen Mary, University of London, said:  "These exciting results provide new evidence to confirm that having three copies of certain genes on chromosome 21 is sufficient to protect against tumour growth.

“The next stage is to think about how we might be able to exploit this and use it to develop cancer treatments in the future to block tumour growth."

Professor Kairbaan Hodivala-Dilke and her team have been studying why people with Down’s syndrome have a lower risk of developing some types of cancer for a number of years.

She added: “It’s incredibly inspiring to know that by studying the genetic make-up of people with Down’s syndrome we have been able to make important discoveries that help us understand far more about the intricate processes involved in cancer tumour growth.”

Dr Lesley Walker, director of cancer information at Cancer Research UK said: “Investigating potential drugs that ‘starve’ tumours of their blood supply is an exciting area of research and one that we are investing heavily in.

“The exciting discovery that more genes have been located on chromosome 21 which are natural cancer protectors opens up a new store of gene therapy opportunities to beat the disease.”

*Tumour angiogenesis is reduced in the Tc1 mouse model of Down syndrome. Reynolds et al.